This is our first game and we are just learning to plan deadlines. And to do this more precisely, we have started posting such reports publicly. We also want to be honest and transparent with you. So it's time to admit that we won't release the game in September. It would be wrong to hide this information from you or to delay until the last moment.

The new deadline is November. And here we estimate the probability at 85%

We don't remember if we announced this separately. But, it will not be superfluous: in addition to the route of Vince and Cass, there will be a Loner route, in which you can finish the game remaining in proud solitude. The text of this route is being written right now.

The plan for the text was not fulfilled, but the final percentages converged due to work in other directions.

Turkey continues to suffer from a lack of inspiration, because she was finally switched to all sorts of boring, not creative, but still necessary, things. Namely, editing the text, code, and redrawing old CGs.

That's why so much has been done on editing and code, and so little on writing the text. But the main thing is to keep moving!

The May holidays (here in Russia) had a beneficial effect on translation. The rest of the team tried very hard to support the Turkey and therefore all their efforts were given to the translation. The initial translation was made for all currently available text!

And now let's hope that the team's forces will go to help the Turkey in writing the text (kicking the lazy bird!). Also, we will continue to fix the old CGs, because the trailer is just around the corner ☆⌒(ゝ。∂)

Total, if everything works out then in we will get the following:

Wish us good luck this month

And again here's a teaser of what awaits you in the novel :3 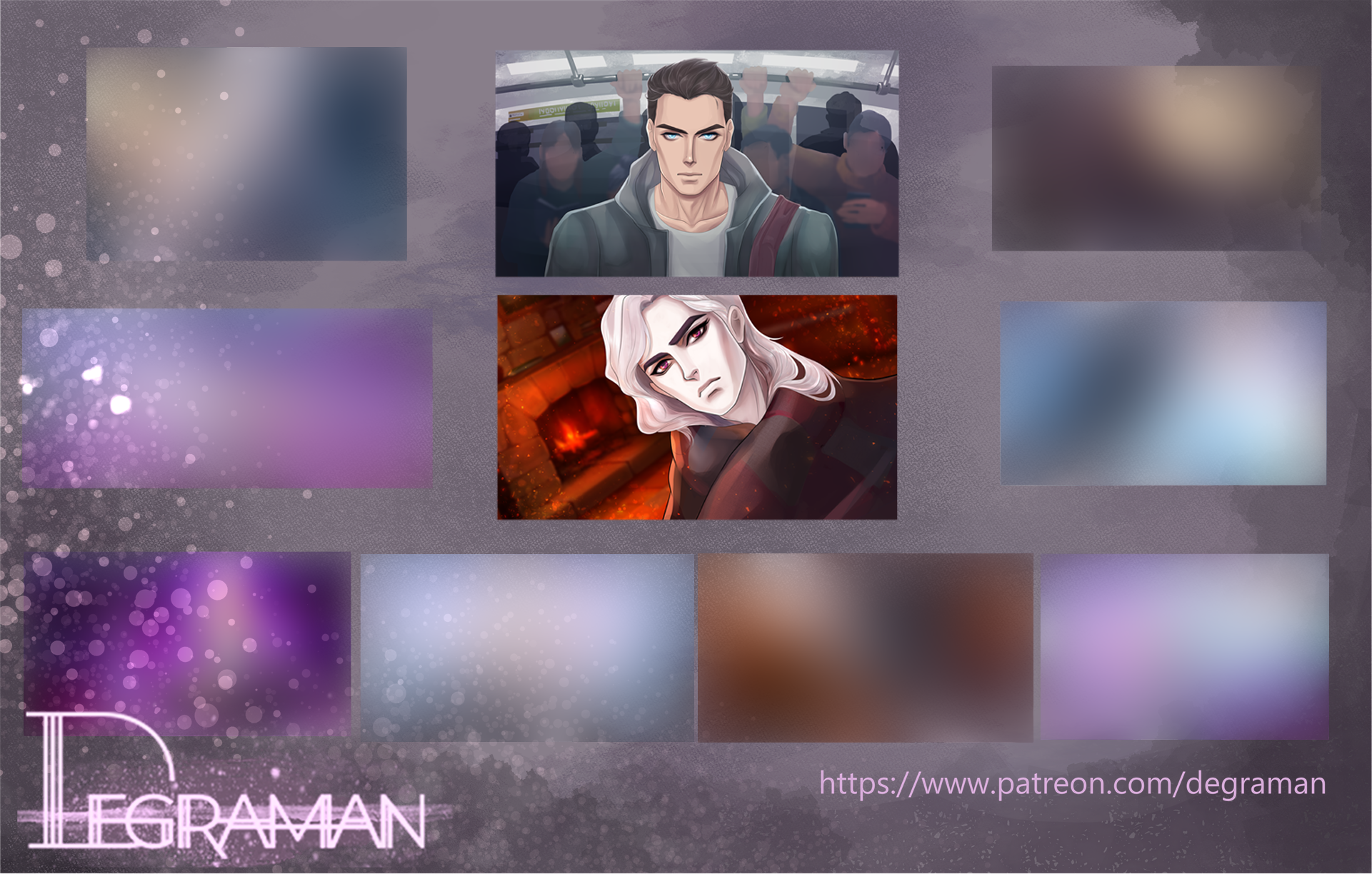 Get Degraman: Act I. Vincent

The romance is flavored not only with drama and humor, but suspense, horror and fantastic entourage of characters.

Thanks for the hard work. I think everyone can or should understand that there can always be obstacles and it takes time to fix them. Thank you for sharing this. I am really looking forward to this game and the rest of it.  All the best and stay healthy<3   sorry for my bad english :)

Thank you for your support! We're happy that you appreciate our level of honesty :3

I wish the best of motivation for your whole team and thank you for your honesty and hard work! This is one of the best otome demos I've played for a good while, so keep up the good work. :3

Thank you for your support! We will continue doing our best :3

I want to commend you for your attitude to inform us about the delay. It takes a lot of courage to admit that things are not going as planned. However, being able to be upfront about it, in my opinion, it means you are trustworthy.

All in all, I am still looking forward to the release but no pressure.

Thank you for your kind words and for your support! We're happy to work for such cute players! (o´▽`o)